Reveal #3: Axyl Thorne… oh, he of the luscious blond mane

A few things you should know about Axyl Thorne, the famous Fae rock star character in my pending Song of the Ocarina novel:

To find out more, you’ll just have to read about it in Song of the Ocarina, the first book in my pending new-adult fantasy adventures — the Delfaerune Rhapsody series.

Watch for a full character image reveal of Axyl here in my blog, and also in my Facebook, Twitter and LinkedIn feeds.

Delfaerune Rhapsody antagonist Mikk Stone. Can you guess what rock star’s name played muse for my antagonist’s identity? Comment below.

For my pending Song of the Ocarina novel, I picked Dark Fae character names based on famous, and even some burned-out, rock and rollers. Think long hair, studded black leathers, tattoos and piercings.

Can you come up with a better Dark Fae name yourself? Please share. 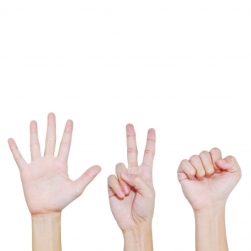 OK, friends, I could use your help again with content for my Song of the Ocarina novel. My heroine Lark has two bodyguards, Leif and Sonny, who Roshambo to decide who must carry Lark’s shopping packages. They each smack their palm twice and, on the third beat, open into a representative hand symbol. What symbols/hand gestures would these Noble Fae use?

So, maybe my fae could use fern leaves, daggers and stones? Or something more creative? What can you suggest?

In the comments below, suggest a set of symbols and hand gestures for my fae to use for this game in the realm of Delfaerune. If I use your suggestion, I’ll include your name in the Acknowledgements page of my published novel. 🙂

Lark and her ever-present iPod, as illustrated by John Taylor.

The first time I heard about an iPod, I thought, “Great. Another electronic contraption I’ll need to manage.” [sigh] Really. I could not wait not to have one. Of course, now that I understand how the elegant and useful device truly serves me, it never leaves my side.

In the first book in my Delfaerune Rhapsody series of young-adult novels, Song of the Ocarina, my heroine Lark Tūrehu (pronounced “to-are-air-who) introduces the concept of an iPod to her sister B’rook. Here’s a book excerpt showing her reaction:

Lark’s heightened emotion pushed all thoughts from her mind, and she suddenly blanked on how to start this conversation with her sister. Reaching for calm, she merged her energy with one of the ripples on the pond, now smoothing after its choreographed orchestration. The bright flare in her aura settled it into a calm glow. With a deep breath, she reached down to turn off her iPod.

“What the heck is that thing, Lark? You’ve had it on both times I’ve seen you since I got back. Another human habit you can’t quite get rid of?”

Lark touched the iPod attached to her waistband, and smiled begrudgingly.

“Actually, you’re right, B’rook. This is an iPod, an electronic music player. It goes with me everywhere now. I can pull up any song I want, from any of my favorite artists, at any time, as long as I’ve loaded them into this device.”

B’rook frowned, but with interest. She probably wanted to hate it, but couldn’t get past her weakness for human rock music, which the girls had developed as small children in their tutored Human Culture class.

“Here, give it a try.” Lark held out the ear buds to her sister, who placed them in her ears. Lark dialed up “Faint,” her sister’s favorite Linkin Park song, wondering if B’rook’s eyes could widen any further.

After a few moments, B’rook grinned and returned the earbuds. “I may just have to pick me up one of those.”

“In the meantime, sis’, I have something to distract you.”

“In honor of our return, and the successful retrieval of the Sacred Pākiri drum, our Magistra of Glamour and Administrator of Protocol are planning a masquerade ball.”

How did/would you react the first time you saw an iPod work? 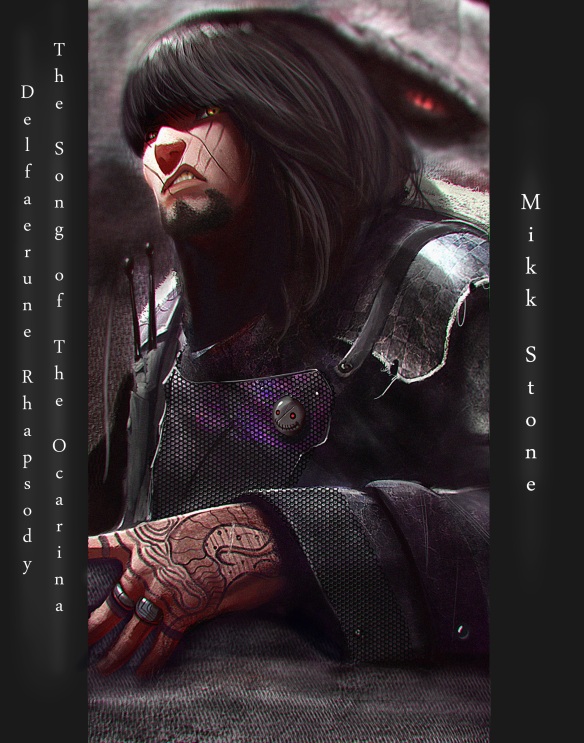 Residence:
Mikk lives on a plane parallel to Queenstown, New Zealand, in the fae land of Delfaerune.  There —in Queens’tyn, Zealynd—extinct and mythical creatures thrive, sentient foliage energize the Noble Fae, and speaking animals lend magical glamour to the Dark Fae. His current home is a cave with an every-day mosh pit concert.

Family:
Born to a well-known Dark Fae family, Mikk is the older brother to Noel who abandoned his family to join the Noble Fae. He works to magically control his brother, who defected to the Noble Fae to teach music to the future Maestra.

Job:
He’s a drummer in a band, but would rather jam and party with his friends than actually find gigs where he can play as a drummer. Power-hungry Mikk leads a group of Dark Fae in a subversive scheme to take over the human realm.

Love interest: Mikk likes to hang out with his groupies.

Mikk Stone is the young Dark Fae antagonist in the Delfaerune Rhapsody series—my young-adult, fantasy-adventure trilogy-in-progress. His story begins in Song of the Ocarina, the first book in the series, due out in late 2013.

Watch in the coming days for more character information about the trilogy. Also watch Facebook, Twitter and LinkedIn.

Can you tell from John Taylor‘s partial image Mikk is the story’s antagonist?

Reveal #4: Mikk’s band of troublemakers stole forbidden magical spellbooks from the Delfaerune leadership, and their misuse is unbalancing the worlds.

All of Mother Earth’s realms—including humans, fae and “extinct” animals like the moa, dragons and phoenix—become endangered by Mikk’s attempt to use dark spells.

The Dark Fae plans unfold in Song of the Ocarina — the first book in my young-adult fantasy adventure series — due out in late 2013.

Reveal #2: Mikk is a drummer who loves to party. He uses his drumsticks as conductor batons to direct… something very unusual.

Mikk’s drumsticks are always tucked in a pocket. Illustration by John Taylor.

He and his rebel Dark Fae buddies stole magical tools controlled by the Noble Fae, and experiment with them to get what they want, even if the consequences lead to the breakdown of their own world.

His story begins to unfold in Song of the Ocarina — the first book in my young-adult fantasy adventure series — due out in late 2013.

A snippet of Mikk’s image, by John Taylor.

His story begins to unfold in Song of the Ocarina — the first book in my young-adult fantasy adventure series — due out in late 2013.

Don’t you love the textures created for these illustrations of Noel by John Taylor?

This image just gives you a glimpse of Noel’s aura, which factors into both Noble and Dark Fae emotions throughout my Delfaerune Rhapsody series-in-progress. If you stood next to this musically gifted teacher, you might hear him humming.

You’ll meet Noel, the hero, in Song of the Ocarina, the first book in my young-adult, fantasy-adventure series, due out in late 2013.

Another peek at Noel, thanks to graphic artist John Taylor.

Reveal #2. Noel worked as a sheep shearer while he watched over Lark in the human realm.

This image reveals a hint of the earthy aspect of Noel Stone, the hero in my Delfaerune Rhapsody series-in-progress. His Dark Fae upbringing included a serious musical background, and he might have been talented enough to become the realm’s “Maestro.” But he abandoned his roots to join the Noble Fae and train Lark instead.

His story unfolds, starting in Song of the Ocarina, the first book in my young-adult, fantasy-adventure series, due out in late 2013.